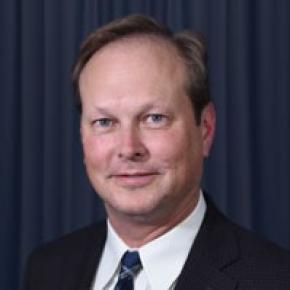 Stephen Cox is the new Executive Director of the Indiana Department of Homeland Security since January 6, 2020. Cox served as the Indiana State Fire Marshal in 2019, and prior to that, he was with the South Bend Fire Department for 26 years, with 12 years in executive leadership. With the South BendFire Department, he served as a paramedic, firefighter, EMS instructor, and EMS chief of the fire department, before being promoted to fire chief in 2012. As fire chief, Cox created a fire training center which has enabled the department to build a robust training program to support the South Bend department as well as other departments in the state. He also collaborated with the Indiana National Guard to form a Helicopter Aquatic Rescue Team, an important asset for Indiana's disaster preparedness. Cox served in the U.S. Army as a combat medic during Desert Shield and Desert Storm. He earned a bachelor's degree from Indiana University and has also earned numerous FEMA certifications related to the National Incident Management System.